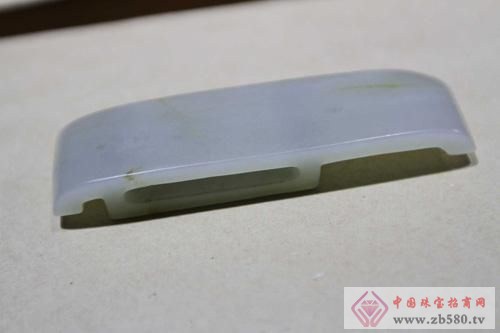 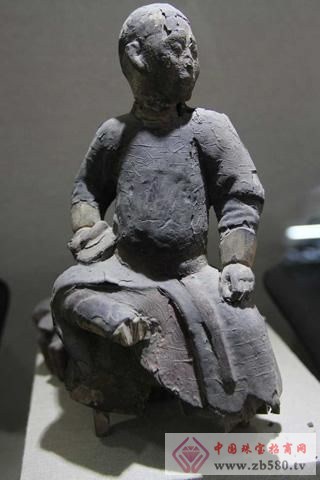 Woodcarving portrait of the Qing Dynasty

This is the last event before the Spring Festival. The multi-year activities have summed up a rule. Before and after the Spring Festival, the column is in the cold period, and at the same time it is a good period for collecting various types of collection information. This event can first tell you about a big event in the Shangqiu antique collection. On February 4th, on the day of Lichun, Shangqiu Antique City opened in the Beijing-Hong Kong Department Store on the Democratic Road. Shangqiu Antique City has gathered about 80 antique shops, many of which are from the old stores in Kaixuan Mall and Qingyun Street.

Shangqiu Antique City, plus the existing Yingtian Antique City, has two large-scale professional collection markets in the urban area. The two markets have their own characteristics. Yingtian Antique City is biased towards wenwan. Shangqiu Antique City involves a wide variety of categories and is suitable for different collectors. The collectors of our city may wish to visit the market in their leisure time, even if they can't miss it, they can better understand the market. When you visit a lot of markets and see more collections, your knowledge and vision will naturally improve. The superstitions of some popular "methods" and "techniques" will also be broken.

Seven or eight years ago, a Tibetan friend strolled around the Kaixuan Mall and saw a Qing Dynasty Dehua white porcelain lion in an antique shop. Porcelain lions are dense and enamel moist; lions are not big, the height is about 16 cm, the shape is bright and beautiful, the bells are on the ball, the eyes are smiling, and the ancient folk tastes.

Such porcelain lions usually appear in pairs, and the single porcelain lions are less recognized in the market, and the price has to fall a lot. Because she especially liked the shape of the lion, the Tibetan friend bought the porcelain lion. Because he liked it, he did not sell it again, but regarded it as a furnishings in his home.

Since then, Tibetan friends have always had the idea of â€‹â€‹pairing this porcelain lion. However, Tibetan friends themselves know that it is very unlikely to pair missing artifacts in the collection market. Pairing is more a good will. What the Tibetans did not expect was that six years later he met the other half of the porcelain lion in an antique market in Shandong. The production age, size, fetal quality and enamel of the two lions are basically the same, just one left and one right, one female and one male. Tibetan friends bought the lion without hesitation and finally fulfilled the desire to pair the lions.

This pair of porcelain lions was brought by Tibetans, and the white porcelain of Dehua kiln in the Qing Dynasty was undoubted. The story of the collection is told by the Tibetan friends. However, this story does not involve the collection of true and false, can not add value to the collection, listening is completely harmless. At a time when the atmosphere of the Spring Festival is getting stronger, it is also a pleasure to hear this kind of good-looking story. I also hope that the Tibetans who are concerned about the "Taobao in the Home" column can follow the protagonist in the story and make a wish in the collection.

A lot of wood carving collection

The Tibetan friends showed a statue of a woodcarving character in their collection. The figure-like figure is sitting, one hand is holding the leg, one hand seems to hold one thing and looks like a akimbo, the right foot is missing; the face is not clear, the head and top part still retain black paint, but the paint surface has split and fallen off.

According to the panel expert, this woodcarving figure has typical Qing Dynasty features. On the one hand, the character dress has obvious characteristics of the Qing Dynasty costumes - horseshoe sleeves, which shows that the age limit of this figure is Qing Dynasty; on the other hand, the character structure has moving parts, from the neck part can be seen the shape head and The torso is not an integral, but an active mosaic. This process is no longer common after the Republic of China; on the other hand, the black paint on the image is a backing, not the original paint, the degree of patina and cracking from the paint surface, Combined with the modeling and engraving techniques, it can be concluded that this collection is a statue of a woodcarving figure in the Qing Dynasty. The appraisal expert also speculated that the statue of this woodcarving figure should have been a part of a building or a large woodcarving.

This woodcarving figure should have been very beautiful, because the age is too long, coupled with improper preservation, resulting in more serious damage. According to the column group appraisal experts, there are a lot of attention to the collection and preservation of woodcarving. In the collection, Tibetan friends must carefully study this knowledge.

Wood is an important factor affecting the value of woodcarving. Woody tough, fine-grained hardwood such as lobular rosewood, huanghuali, agarwood, and boxwood is a superior material in woodcarving products. It is not easily broken and damaged, and is easy to store for a long time.

Because of the material, wood carvings are prone to wear, tear, and cracks. Therefore, the appearance of woodcarving works is also an important factor affecting its value.

The preservation of woodcarving collections is difficult, and the temperature and humidity of the environment are required. Woodcarving can't be placed in an excessively humid or dry environment. Humidity is too high and it is easy to decay. Humidity is too low and it is easy to crack. Wood carvings are best kept in a constant temperature and humidity environment, but this is difficult to do. According to the column group expert, the most basic point is that the woodcarving collection should be kept away from the environment of heating, air conditioning and open flame when it is placed at home.

Woodcarving is also afraid of the sun. If it is exposed to the sun for a long time, it is easy to crack, so it cannot be placed on the window sill. Wood carvings are afraid of water and are afraid of corrosion. They should not be wiped with a wet towel or a towel with corrosive ingredients. It is best to use a dry cotton cloth or a feather duster to remove the floating ash.

Nanhong also has "outside materials"

Some Tibetan friends have heard that Hongbiishi has been pretending to be a red-hot person, and specifically asked about the identification method of Hongbiishi. In fact, the difference between Hongbi Stone and Nanhong is still very large. The red oil has poor oiliness and transparency, giving people a very dry feeling, and the red pebbles are very red in color, strong in stone, lacking in beauty, and a little contrast with Nanhong can find a huge difference between the two. difference.

It is understood that Hongbi Stone and Nanhong are really indistinguishable only on the original stone. In the case of not opening the window and not irradiating with a flashlight, it is basically impossible to distinguish the two from the outer skin by the naked eye. Many people believe that the red pebbles are opaque, distinguishing between red and green stones by whether they are transparent. According to the panel expert, the characteristics of the red opaque opacity are not absolute. Some red sapphire can transmit light, and you can see sporadic cinnabar points. Therefore, Tibetans should not be overly superstitious about certain identification methods, but should be compatible and packaged. Identify true and false.

The column group expert said that the really confusing fake Nanhong in the market is something called â€œoutside materialâ€. Hetian Yuzhongâ€™s â€œouter materialâ€ is a synthetic product, and the â€œouter materialâ€ in Nanhong is a natural product, a natural agate produced in Mongolia. In general, the "outer Mongolian material" red sand skin, small fleshy stone, slightly darker color, but pure red, rose red, ice floating, red green, red and yellow, Warring States red and other colors of "outer Mongolian "It is not uncommon."

From the geographical location of the mineral deposits, the â€œouter Mongolian materialâ€ and the Gansu Nanhong new material may belong to the same vein. The characteristics of the two are similar, that is, the crack is particularly large. "External Mongolian materials" also have the distinction between general goods and top grades. The quality of the products is poor, the cracks are many, the mineral spots and other impurities, and some even the beads can not do. The top grade can even be compared to Liangshan Nanhong.

The color and texture of "outer Mongolian material" are very similar to the orthodox South Red. Not to mention the novice, even some Nanhong experts who have been operating for many years are difficult to distinguish. It is said that Nanhongâ€™s â€œforeign materialâ€ has entered the domestic market as early as two years ago and has been hidden by domestic sales. It is also said that many of the Gannan reds that are currently on the market are actually pretending to be â€œoutside materialsâ€.

There is also a need to remind the vast number of Tibetan friends that it is still not feasible to identify the method of identifying the red agate by means of an authentication certificate. In the appraisal certificate issued by the formal appraisal agency to Nanhong, the conclusion of â€œNanhongâ€ or â€œSouth Red Agateâ€ will not appear in the column of appraisal conclusions, only â€œAgateâ€ or â€œChalcedonyâ€ will be displayed, at most in Remark 1 The column adds "commonly known as South Red Agate." If the identification certificate on the hands of Tibetan friends shows that the result is South Red Agate, it is necessary to be vigilant.

Jianwei, Tibetan friends know what kind of collection is this? The sword guard refers to the parts used to tie the scabbard. Jade sword guard is a kind of high-grade component common in ancient scabbards. In this activity, Tibetan friends showed a blue and white jade sword. Jianwei jade is mellow, oily, and good in fat powder. Its ripeness is not available in many high white and field seed materials. This piece of jade sword is in good condition, and the patina is thick, and its age limit can be cleared.

The number of Tibetans participating in the activities before the Spring Festival has decreased, and the types and quantities of collections that have appeared in the activities have also been reduced to varying degrees. In this activity, there are only two jade articles that can be said to be genuine, one is Yu Jianwei and the other is white jade gourd.

Hetian white jade gourd pendant, high whiteness, dense jade, uniform structure, the whole set is a gourd shape, with a little twilight on one side, the upper limit of the era is clear.