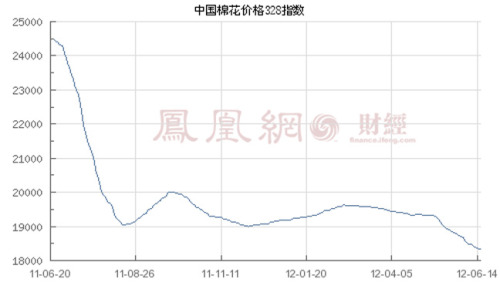 According to the "Nihon Keizai Shimbun" report, on the 12th, the price of cotton traded in the New York ** market was $75.57 per pound, which was 21% lower than the price at the beginning of the year, and it had fallen more than crude oil (19%) and raw sugar (17%), which was the highest point in history. In March 2011 (at the time the price was $215.15/lb) it fell 65%. The U.S. Department of Agriculture twice stated on May 10 and June 12 that because of the continuous increase in stocks, the price of cotton fell significantly. It is predicted that the worldâ€™s cotton will continue to be produced for the year 2012 (August 2012 to July 2013). 5.3 billion tons, a reduction of 6%) exceeds demand (demand of 500 million tons, an increase of 3%), and inventories have increased by 11% to 340 million tons. China is the worldâ€™s largest cotton importer. Due to the decrease in export clothing to the EU and the decrease in the use of domestic textile cotton, it is expected that the 2012 annual cotton imports will reach 62.21 million tons, a decrease of 42% year-on-year. India is the worldâ€™s second largest exporter of cotton. Due to the economic recession, the rupee depreciated significantly (currently 1 US$=55 rupees, depreciated by 15% compared to the beginning of the year), and cotton growers have expanded their exports in order to increase the net income of Rupeeâ€™s established cotton. In addition, cotton ** in the seller's market is also one of the reasons for lower cotton prices, according to the United States ** Exchange Commission statistics, January 24 sales exceeded the purchase of 24,000 hand, June 1 still reached 16,000 hands. Some experts predict that due to China's financial mitigation policy, the cotton price will rebound in the future, but due to the overall supply and demand situation will not change, the price increase lacks stamina.